You are here: Home » Recipes » Health Food » Vegan for a Week

Vegan for a Week

It’s halfway through the week and I’m having a great hair day! What’s not to be happy about? 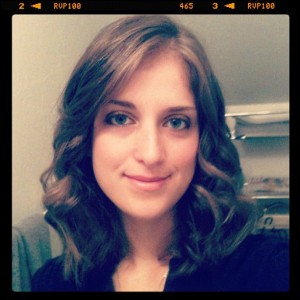 Today is also the third day I’ve been on a vegan diet. About a week ago, I mentioned that I’m doing The Amazing Liver & Gallbladder Flush

and part of the preparation is a week of clean eating. For this particular cleanse, it means:

At the end of the prep week, you do a 16-24 hour flush, which I’ll spare you the details of, except to say that you’re supposed to pass stones consisting of years of toxic buildup in your liver and gallbladder. Afterwards, you feel cleaner, healthier, more energetic, and reap the immediate benefits of ridding your body of harmful waste. Sounds like a win to me!

The only part I’m having a hard time with so far is eating vegan. I LOVE veggies, so that’s easy, but avoiding animal products is trickier than I thought.

I wanted to eat some cereal with almond milk the other day, but one of the ingredients in the cereal was whey. Then I wanted to have some pinto beans at Chipotle, but they were made with bacon. Miso soup? Fish. Caesar salad? Anchovies. Clif bar? Dairy. AHH!

So most of my meals the last week have looked like this:

I had just about given up on vegan cooking until I stumbled upon this awesome post from RawIsSexy.com for a creative way to make a vegan pizza using cauliflower and flax seed for the crust.

The recipe for this was deceivingly simple, so it gets its own post (soon) where I can rant about my mishaps and post all the pretty pictures of the process and end result. And the end result was oh-so-pretty! But a little mushy. Because apparently I’m not the vegan chef I thought I was and I’m destined to eat mush this week.

Although lunch today was actually pretty crunchy and delicious! Probably because I didn’t cook it.

I tried the black bean sandwich from Subway and was surprised at how much I liked it. I had it toasted on wheat bread and topped it with spinach, tomatoes, cucumbers, carrots, green peppers, onions, sweet onion sauce, and spicy mustard.

Subway’s awesome and I really should eat there more often. It’s the closest, cheapest, and healthiest option near my office, and I have plenty of time to catch up on Fifty Shades of Gray on my break.

What are your favorite vegan dishes and recipes? Any suggestions you have for out-of-the-box vegan eating?

Waking Up Early From a Deep Sleep

Fruit Infused Water – Use Your Fruit as...

Why You Are Not In A Good Shape?

How To Burn Calories As You Eat

Drinking Water For A Healthier And Fitter Body...

Return of the 2-Day Cleanse